Quick medical disclaimer: We’re not doctors. We’ve never played doctors on TV. And none of us stayed at a Holiday Inn Express last night.

Do NOT take the following as medical advice… But DO pay attention to the web hosting advice.

A colonoscopy is a rite of passage to middle-aged living. The medical powers that be recommend them for everyone 45 and older.

For those of you who haven’t had the pleasure, a colonoscopy is about as fun as it sounds…

You start prepping a few days before, eating less and less until, the day before, you can only consume clear liquids.

Then, on Colonoscopy Eve, you chug Colon Blow (not sure if that’s the official name), which turns your intestines into a missile silo. This will keep you perched on the toilet for hours as your silo delivers its seemingly never-ending payload until your colon is as empty as the employee parking lot at Twitter’s headquarters.

Next up is the “Main Event.” This is when you go to the hospital and get placed under general anesthesia, at which point a doctor will stick a camera-tipped tube up your dumper.

It’s not all bad, though. On the plus side, a colonoscopy does involve two things middle-aged men, in particular, get a lot of satisfaction from…

1. A good nap and, once you wake up and your ‘plumbing’ starts working again…

There is an option that lets you avoid all this. It’s called Cologuard. With this test, you crap in a bag in the comfort of your own home and then drop it in the mail.

The Post Office will then deliver your load to a lab where a technician (presumably wearing a HazMat suit and nose plugs) will screen your sample.

The ultimate goal of both these tests is to screen for colon cancer, which is no joke.

Cologuard clearly is a MUCH easier way to go about this, but has its downsides.

While Cologuard does a good job detecting colon cancer, the research shows colonoscopies do a better job. Plus, if anything abnormal is found during a colonoscopy, the doctor can immediately take action by removing polyps and performing a biopsy.

If anything abnormal shows up on a Cologuard screen… you’ll have to get a colonoscopy. Which, at that point, likely won’t be covered the same way (if at all) by insurance.

So while the whole colonoscopy procedure is a pain in the, well, you know, it is the Gold Standard when it comes to this important health screening.

What does this have to do with your web hosting?

The Link To Web Hosting

Well, because there are times in life you have to decide between doing things the easy, convenient, or ‘good enough’ way and doing things right the first time. Even if it involves more time, inconvenience or money.

This is a scenario we see play out over and over again when it comes to web hosting.

Many people with WordPress sites go with cheap web hosting plans from GoDaddy, BlueHost, HostGator and others.

These hosting plans can work, and some websites may run on them for years without major problems.

But many others aren’t so lucky.

We’ve seen a number of issues with websites using these cheap hosting plans. Sites that…

Plus, these cheap hosts tend to have horrible Tech Support. If you have an issue with your site, don’t be surprised to get their standard “It’s you, not us” response.

In thinking about it, comparing these hosting platforms to Cologuard is unfair… to Cologuard!

But the lesson is similar…

… these hosting platforms may be okay for some, but if something goes wrong, you’re gonna wish you had just done things “right” the first time.

That instead of trying to go with “cheap” or “easy,” you went with the Gold Standard from the get-go.

When it comes to hosting your WordPress site, the Gold Standard is WP Engine®.

We say this as folks who’ve been behind the scenes of 100s of sites and seen the good, the bad, and the ugly when it comes to web hosting.

Too often, we see business owners who thought they’d save with “cheap” web hosting end up paying WAY more money in the long run…

… Because they had to hire an outside expert to fix their hacked site.

… Because their site crashed due to a flood of traffic from a PR coop or Black Friday, and they missed out on all that potential business.

… Because of any number of issues where Tech Support throws up their hands and says, “that’s your problem, we can’t help you.”

That’s why, whenever possible, we host our own WP sites and our clients’ WP sites with WP Engine.

Why do we love them so much? Here are 7 reasons:

1. Awesome Customer Service
2. An Impressive Out of the Box Toolset
3. Amazing Help If You Get Hacked
4. They Proactively Monitor Your Site, Plugins, etc.
5. They Stick To What They’re Good At
6. Easy To Use Back End
7. It’s Like Having a Techie On Your Staff

You can get a more in-depth look into our thoughts on WP Engine here.

But bottom line, based on A LOT of experience, the platform has never let us down. This is why we consider it to be the “Gold Standard” of WordPress hosting.

Yes, their monthly fees are higher, but the value they deliver is 100% worth it.

And, over the long haul, many business owners will save more by hosting their site the right way from the get-go instead of taking their chances with cheap alternatives.

So don’t take chances with something as critical to your business as your WordPress site. Host it with WP Engine and know it’s getting the best care possible.

(Yes, the links in this email are affiliate links… and, quite frankly, if it takes referencing colonoscopies to get you to understand why hosting your site with WP Engine is the way to go, then we damn well deserve the few dollars we’ll get when you sign up 🙂 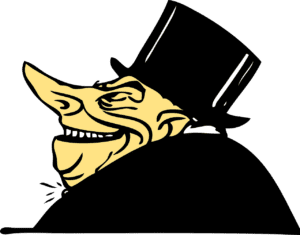 How Tech Consultants Make a Fortune Off Your Crappy Web Host 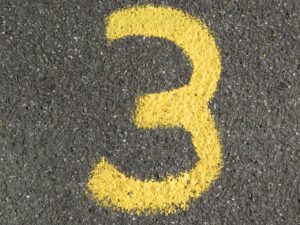 7 Excellent Reasons WP Engine Is, Far and Away, The Best Web Hosting Option for 95% of Bloggers and Small Businesses 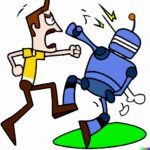 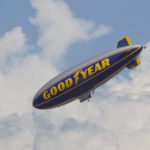 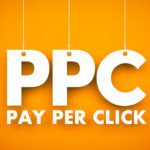